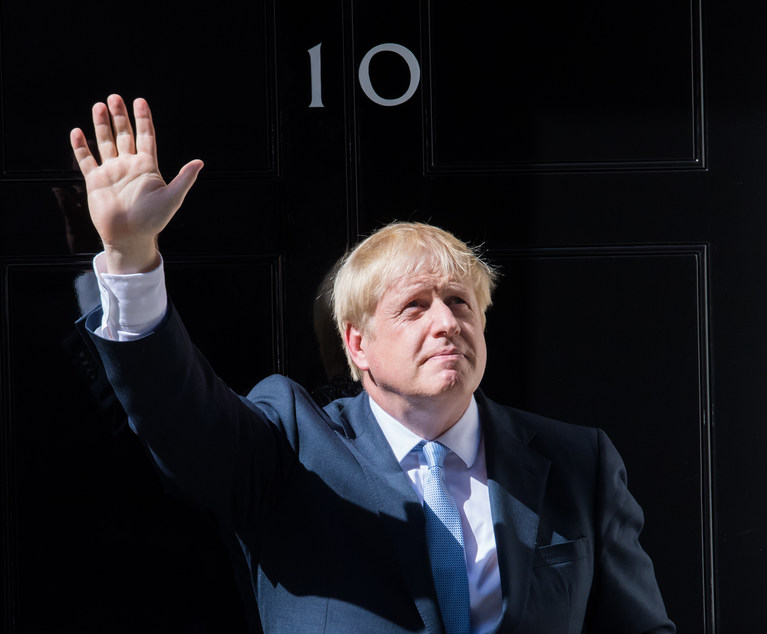 U.K. Prime Minister Boris Johnson’s resignation on Thursday has sparked strong reaction from many in the commercial legal industry, with several slamming his handling of the past bombshell week in U.K. politics.

“Good riddance”, a London partner at a U.K. top 50 firm said, adding that it is “intolerable for the rule of law and for economic certainty to have a liar as Prime Minister”.

Johnson’s decision came after a week mired by sexual harassment scandals involving Conservative MP Chris Pincher and Johnson’s handling of the fallout from the alleged incidents. Johnson was called on by a number of senior members of the Conservative party to quit as PM, including former Chancellor of the Exchequer Rishi Sunak and Secretary of State for Health and Social Care Sajid Javid, who both resigned from their Cabinet positions on Tuesday.

He resigned from his post in a statement made outside Downing Street on Thursday afternoon, adding that the reason he had “fought so hard” to stay in post was because he felt it was “my job, my duty, my obligation to continue to do what we promised to do in 2019.”

Swiping at what he described as the “powerful herd instinct” that had led to so many resignations among the party ranks, he added that “no one in politics is remotely indispensable.”

Johnson hopes to stay in the position until the Autumn, several news outlets have reported.

His resignation follows a string of scandals under his leadership. In April, more than two-thirds of senior U.K. lawyers said Johnson should resign following the ‘partygate’ scandal.

Some have similarly strong views now, as the fast-moving situation means the U.K. faces an uncertain period, amid a slow period of economic growth and spiraling living costs.

Norton Rose Fulbright partner Paul Stothard said: “Johnson is shameless, otherwise he would have resigned after it was clear that he’d lost the majority of his backbenchers. It is an enormous relief that the he has now gone. Our unwritten constitution has proved capable of withstanding another significant test, not because Johnson has any respect for it but because there are still enough of his colleagues that do.”

Other lawyers also slammed Johnson’s personality. Another partner at a U.K. top 50 firm said: “The fact Boris is untrustworthy is not new. We have always known him to be untrustworthy – I mean we don’t even know how many children he’s got! The concept he is trying to stay until Autumn can’t wash when none of his party trusts him.”

A London private client partner at a U.S. firm added “it’s going to be chaos”, particularly because there is “no obvious successor”.  They expressed concern at the recent “anti-lawyer” tone within the Conservative party.

Agreeing with the perceived anti-lawyer sentiment within government, a group general counsel at a transport group said they hope there will be “an opportunity to reset” this opinion and that there will now be an appreciation of the contribution that lawyers make to the U.K. economy.

Johnson’s resignation is a good first step, they said, and they are hopeful that the rule of law can be upheld, noting: “Removing the person who is responsible to some extent for the decline of the rule of law is definitely a step in the right direction.”

Michael Chissick, former managing partner at Fieldfisher, is also hopeful that the new leader will invest more into the U.K. court system as a “higher priority”. He added that the perception of lawyers should change too: “Lawyers are seen as rich, over-entitled people but really we’re doing great things on D&I and driving the country forward and bringing in lots of money internationally. There are lots of positives in our sector that aren’t reflected.”

A large part of what the future looks like is centred around who will be the country’s next Prime Minister, with a range of preferences to be found within the legal industry.

Chissick said he is hopeful the next leader will be “younger, different and [somebody] who has learnt the lessons” of previous leaders, pointing to Rishi Sunak as a “very well-placed” candidate. He’d like a “Macron-style” leader but ultimately, he said he wants a “leader who will win the next election, stop Kier Starmer and stop the breakup of the union”.

In an interview on ITV on Wednesday night, Attorney General Suella Braverman threw her hat in the ring for the Prime Minister role, leading to a mix of reactions from the legal industry.

“She lacks integrity and moral fibre, and demonstrates clearly why she would not be a fit and proper person to lead her party and the country.”

Braverman’s attorney general appointment in February 2020 was viewed as controversial, with some lawyers predicting an inevitable “collision course with the courts”. Lawyers have also shared concerns about Dominic Raab’s appointment as justice secretary in 2021, with one saying that the move “did not inspire confidence”.

While Braverman is the only person to put herself forward formally, the partner at the U.S. firm said he “can’t see” Raab being PM either.

Stothard added that Raab is “too tainted by his association with Johnson and his evident indifference to the government’s deceitful and unethical conduct, all of which he lined up to support at the time and none of which he has ever repudiated since,” to be a successful contender the role.

However, James Roome, a partner in the London office of Akin Gump Strauss Hauer & Feld, said that if the next Prime Minister were to be a lawyer, it could act as an “antidote to the mayhem of the past few years”.

Hogan Lovells deputy CEO Michael Davison said: “Business thrives in a stable political environment when it knows who is taking what decision and when. The roller coaster of the last few days is the opposite of those conditions. Let’s hope that the changes are now agreed quickly and sensibly to provide the leadership the country needs.”

A corporate partner at another firm added: “Given how events have unfolded over the last few months, all of the noise and focus seems to have been about the leadership at the top of the Government. This has, inevitably, distracted from the huge issues facing the country and the world generally; ranging from the continuing pandemic, the war in the Ukraine, the supply chain crisis, through to the cost of living crisis (all of which are inter-related). This has created lots of uncertainty – which is always the worst thing for any economy.” 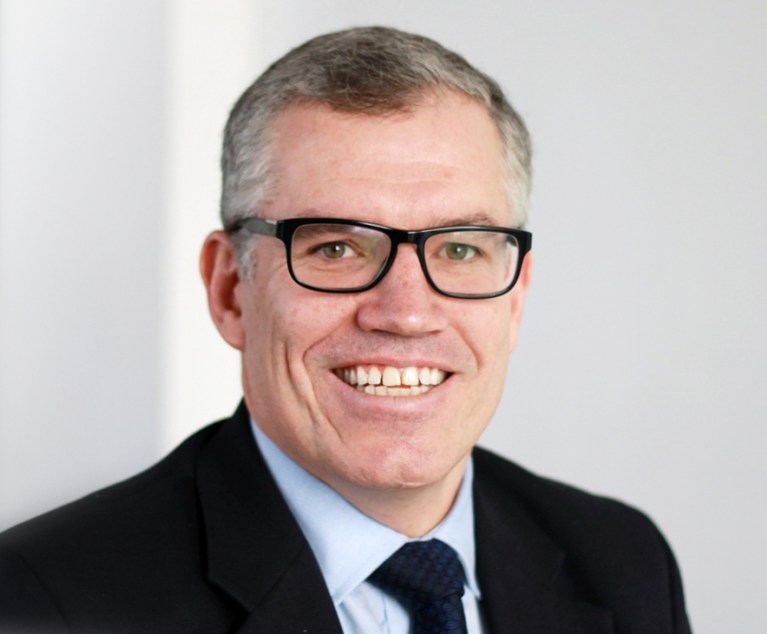 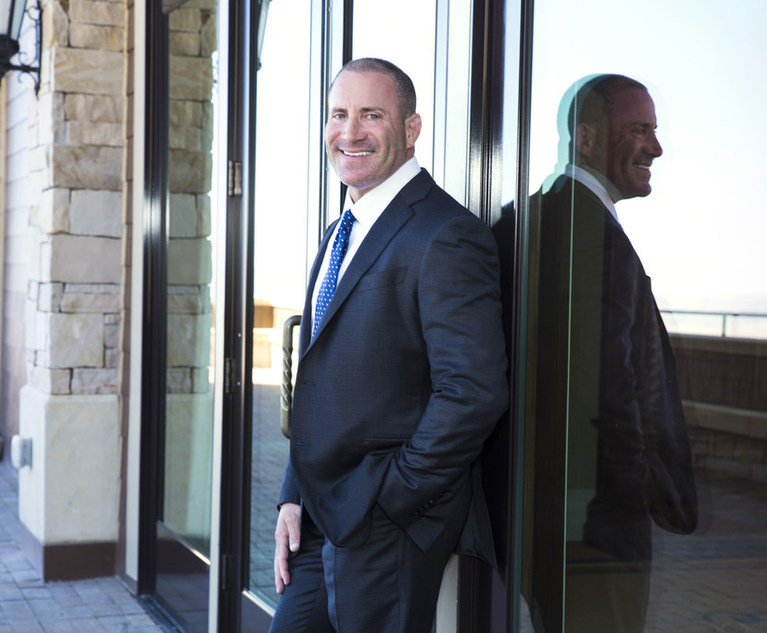 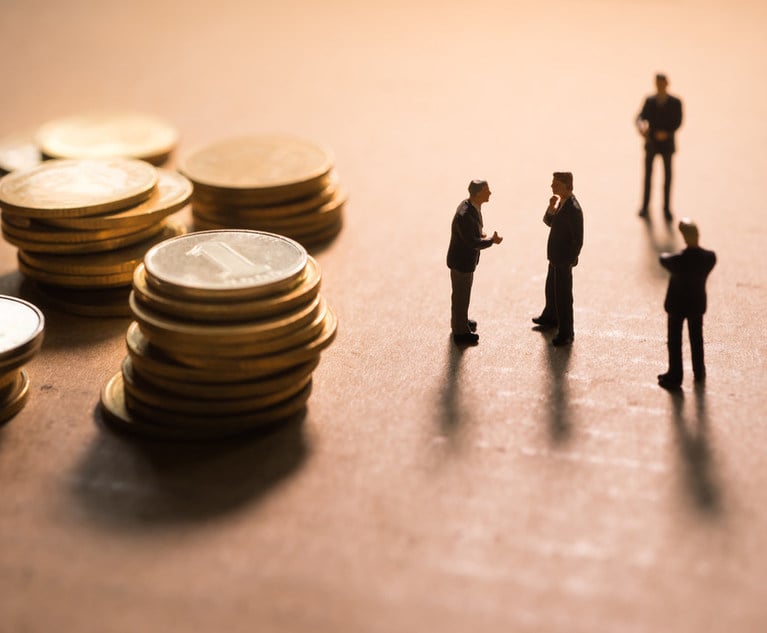