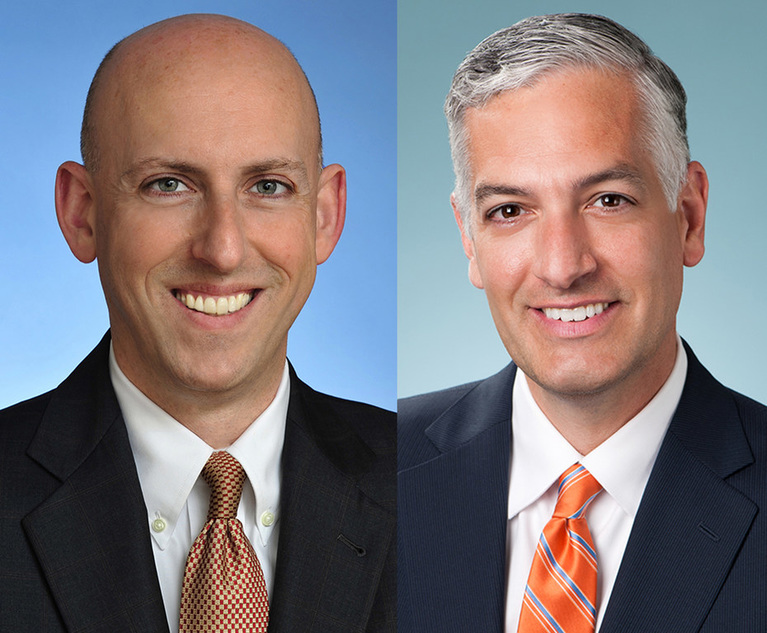 Let me set the scene for you.

Schar, fresh off securing a trial conviction of former Illinois Gov. Rod Blagojevich, is preparing to head into private practice. Fox, who works in the office’s public corruption section, is in the middle of another big case involving local politicians. (This is Chicago we’re talking about, after all.)

Come to find out, Schar, who went to undergrad at Stanford, is looking at opportunities in Chicago and the Bay Area. Meanwhile Fox, fresh off a Southern California vacation, has put out feelers to the U.S. Attorney’s Office in Los Angeles about a possible transfer.

Flash forward a decade. Schar and Fox are colleagues again — now partners at Jenner & Block and the office managing partners of the firm’s San Francisco and Los Angeles offices, respectively. Schar relocated from Chicago to San Francisco to head the office last year. Fox took on leadership of Jenner’s L.A. office last year after a stint as the chief of the Criminal Division for the U.S. Attorney’s Office for the Central District of California.

The Litigation Daily caught up with Schar and Fox yesterday to talk about what drew them and the firm to the Golden State. What follows has been edited for length and clarity.

Litigation Daily: Does it help in your current roles as office managing partners to have Chicago bona fides? I know some firms when they go national tend to be sensitive about being explicitly tied to their regional roots, but it always seemed to me that that wasn’t the case with Chicago firms like Jenner. Jenner and Chicago are sort of synonymous to me.

Brandon Fox: I think so. I think it helps in a number of ways. One is it’s a nationwide practice, obviously. For me, I know the bar here in Los Angeles. I know the bar in Chicago. I know the bench here. I know a lot of the judges that are still on the bench in Chicago. Lifetime appointment helps out with that. (Laughs.) So, we maintain some great contacts in both places, and that helps us out.

Reid Schar: I think what I came to realize over the course of my 10 years [at the firm] more and more of my work was national. Part of what made the move here not only logical but easier is the number of clients for which we have been historically doing work and are doing more and more. [Editor’s note: The firm’s Bay Area clients have included PG&E, Uber, Apple, Meta and Clorox.]

I had been out here on a very regular cadence, particularly pre-COVID, and had gotten a very good sense of the bench and the legal environment. And so it’s not as stark as saying, ‘Hey, how would you like to go open an office in Kansas City? I know you’ve never been there before, but the barbecue is pretty good. And so I’m sure it’d be fun.”

Well, why does it make sense for the firm to turn its eyes West when so many firms are making a push to get in on Jenner’s traditional home turf in Chicago, or at least making their aims to do so explicit?

So, we need to continue to maintain that. We need to continue to work on it. It doesn’t come just because we’ve been there for a long time. It’s because we continue to do very good work. It’s our largest office. It is concentrated with really high-end talented lawyers. And so, I guess we’re not concerned that the influx of new law firms is really going to have much of a dent in either our reputation or the work there.

And so the question for the firm is, once you’ve established yourself — obviously, we’re probably most established in Chicago, but we’ve got a very established Washington, D.C., New York, and LA practice – where does it make sense to talk about geographic expansion? We’re very methodical about how we do it. The question is, where are the clients where we’re seeing the most demand? Where are the clients and/or potential clients that we think continue to be growth opportunities? And what are we hearing from our clients in terms of where they want us to be? And part of the reason I’m here is there were several clients who said specifically, “It would be great, Reid, if we had you in San Francisco.” They’re not saying just go out and get a bunch of people and call them Jenner attorneys. What they really are saying is they want someone who we trust as much as you to be here. And so in a certain way not only is the market obviously very hot in the Bay Area, but we have the client base. It’s already here, and we have clients who are saying we actually would like you to be here. And so it was not a difficult strategic decision. And certainly, from our perspective, it doesn’t impact the reputational aspect of what the Chicago office has now, given how well established it is.

Well, Brandon, as someone who’s built a career in a West Coast office of Jenner & Block, have you had any advice to give Reid in terms of how to make that work?

Fox: Me giving Reid advice is not how the relationship works. I might try to give it to him. Will he take it? That’s a separate issue? (Laughs.)

I’ve worked with Reid, and I’ve known him for a very long time. And I know he’s a great attorney. He knows everything that he needs to do in order to succeed. He talked about the firm’s slow movements sometimes into markets because we want to make sure that the demand is there in a sustainable way. That actually speaks to Reid’s move itself, because he developed those clients and then he moved there. So it’s like he moved at the same time as the firm. He’d already been doing a bunch of investigations and litigation all in Northern California. So he’s far down the road to succeeding. So I’ve no advice to give to him.

Schar: I think what you see, Brandon is one of my closest friends. We’ve known each other for over 20 years at this point. He’s modest, but it’s partially true: I ignore some of his advice. You know, I’m the one who supervised him in the U.S. Attorney’s Office and we’re not gonna let him [forget] that.

The reality is I do trust him inherently and we have regular standing meetings about ‘What are we seeing in California?’ What are the clients that we need to be expanding? What are the potential clients that we want to be looking at? What are we thinking about in the lateral market? Do you need extra help here? Maybe we can hire someone because there’s greater depth in a particular area in the Bay Area and then you can help us in LA and vice versa. So it’s a very holistic approach to California that we are taking. I think we are two of the two busiest offices in the entire firm, if not the busiest, over the last six months.

We have such comfort with each other. It’s frankly a gift in many ways to be able to have someone in your state running another office for a national law firm, who you basically have such trust in that you’re not worried about, “Well, if I go talk to him about X, Y, or Z ,do I need to really think about what that means in the greater context?” I don’t have to worry about any of that. It couldn’t be more comfortable.

Give me a snapshot of the offices as they sit now. And what the vision is for what they will be?

Schar: For us from San Francisco, we’re somewhere between 10 and 15. lawyers right now. We are building to strengths that we think of at Jenner — so litigation, investigative work, government controversy, regulatory. We’ll be opportunistic on the transactional side. We do a lot of litigation for the clients. We’ve talked about internal board investigative work or government controversy/AG work. We have a lawyer here who’s got a very strong AG practice, which obviously a lot of the entities in the Bay Area are being targeted more and more by the AG, not just in California, but across the nation.

We do not run here under a mandate where we need to be 50 lawyers in three years. We will grow if we think we can find people that we want to practice law with. Particularly when you have smaller offices, you’ve got to be really thoughtful about the culture and that these obviously are top- top-notch lawyers that we think can help us with what we’re building out here. If that means that we hire three people next year, great. If it means we hire 10, great. There’s no set “Here’s what you need to do.” Success is defined by the quality of who we’re hiring and the business that we’re developing, at whatever pace that we think we can do it thoughtfully.

Fox: In LA, we’re more established. We’ve been here for 12 years now. We’re at about 40 lawyers. We’re expanding and growing. So I think by the end of the year, we’re probably going to be more like 45 at least. Our strengths are content, media and entertainment. In LA there’s a lot of that work, and we do a lot of that. We do a lot of great general complex litigation. And then one of our other strengths is professional responsibility. We represent some of the biggest law firms in some of their biggest litigation. So we’re going to continue to build with our strengths. I would imagine that you’ll see expansion in all those areas. 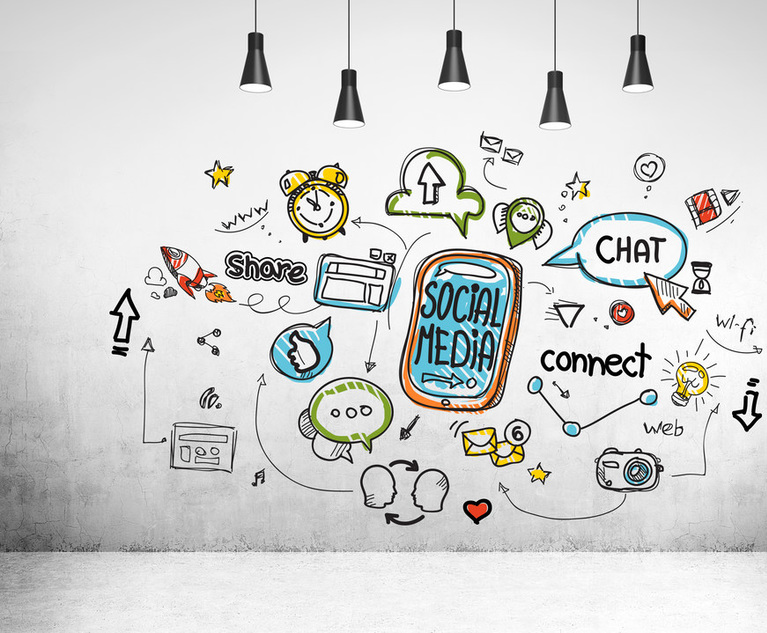 Brand-Building 101: How In-House Counsel Can ‘Authentically Be Seen’
Next Article 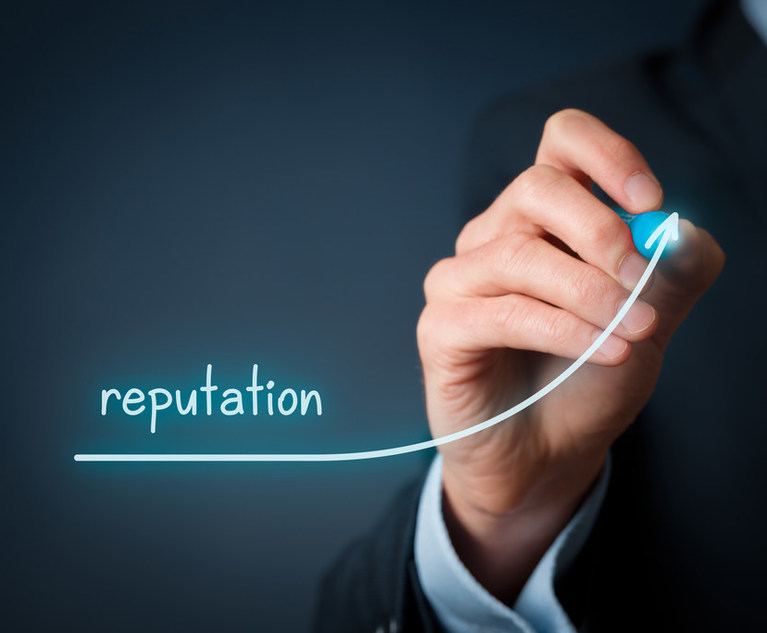