Dishonesty, deceit, sabotage and subterfuge. Among the longest running and most expensive law firm litigations ever seen, the ENRC v Dechert U.K. courtroom saga has been a whirlwind case that could cause lasting damage to one of the world’s most reputable and profitable law firms.

On Monday, London’s High Court handed down a judgment, finding that Dechert and its former white collar head, Neil Gerrard, had committed deliberate and unlawful acts in a bid to extract maximum profit from their client, London-headquartered mining company ENRC.

Over its more than 10-year timeline, the case has produced the kind of intrigue you would sooner find in an espionage thriller: secret meetings, burner phones, a brown envelope, millions of dollars, false advice, conspiring public officials, claims of amnesia, and, of course, a victim.

But for Dechert, the consequences are anything but a fiction. It faces potential liabilities that could become substantially more than the tens of millions of pounds already racked up, and a reputational hit that could hurt its standing as a globally trusted adviser. With causation and loss still up in the air, the saga is far from over.

For Dechert, Gerrard’s appeal was obvious. A major biller with a league of loyal clients, his 2011 hire from DLA Piper “got [Dechert] partners salivating”, a person close to the firm said.

Notable among his clients was the Eurasian Natural Resources Corporation (ENRC), a multi-billion pound U.K.-listed Kazakhstan-focused mining company. According to the judgment, ahead of his Dechert move, Gerrard “told the recruitment agent that a minimum of £20 million or possibly up to £30 million in fees would leave with him if he left DLA”.

ENRC had brought in Gerrard, a partner at DLA, to oversee an internal investigation into one of its subsidiary companies that had faced criticisms for potential fraud and corruption.

But, according to the judgment and to people involved in the matter, Gerrard saw this as an opportunity to take advantage of the situation. He provided “wrong” and “unnecessary” advice, according to the judgment, and used “scaremongering” tactics, the court heard, in order to “expand his investigation” and cajole his client into believing there was a serious risk of an investigation by the Serious Fraud Office (SFO).

In service of this “scaremongering”, Gerrard had on at least three separate occasions leaked confidential information to the press, according to the judgment. The first was in 2011 to the British newspaper, The Sunday Times. Then there were subsequent leaks, including, notably, in 2013 to the Financial Times.

Gerrard’s purpose in leaking material was to make money off the client, the judgment said. For example, once the Times received the leak of what the court called “privileged documents,” more work was all but guaranteed. “Very shortly after” the leak, SFO chief investigator Keith McCarthy wrote to ENRC, referring to “recent intelligence and media reports concerning allegations of corruption and wrongdoing by ENRC”.

Though at that stage McCarthy had said there was not yet a formal investigation into ENRC, he did encourage the company to meet with him and then-SFO director Richard Alderman. On the back of Gerrard’s advice, in 2011 ENRC wrote to the SFO to say “it wished to engage with it”.

And like that, Gerrard had successfully laid the groundwork for an ever-expanding investigation. As the judgment reads: “As a result, the investigation work to be done by Dechert substantially increased”. Indeed, following this leak alone, eight formal meetings were conducted between 2011 and 2013, attended by the SFO, senior ENRC people and, of course, Gerrard.

The court described the leak to the Times as “highly damaging to ENRC” and “clearly based on leaked documents”. A similar series of events followed in 2013 after the FT leak, again based on “confidential leaked information”.

In 2013, ENRC terminated Dechert’s retainer. Shortly after, the SFO announced a criminal investigation, focusing on allegations of fraud, bribery and corruption.

But there was much else going on besides the leaks.

The court heard evidence of “repeated unauthorised contact” between Gerrard and the SFO, secret conversations and many hundreds of text messages that were either destroyed or disclosed very late in the proceedings (as many as 600)—messages sent via as many as 19 devices, or as one person called them, “burner phones”.

Gerrard attempted to explain that his firm had failed to disclose a bundle of these text messages—between himself and ENRC’s former head of compliance, Cary Depel, described by the court as “a loose cannon” and a friend of Gerrard’s—due to his having suffered from “global amnesia“.

Gerrard later admitted to having “failed in that duty” by not informing his client that he knew at the time that the SFO was serving Depel with a notice compelling him to provide information about what he knew in an interview.

The court found Gerrard guilty of a glut of misdemeanors: It found that he was indeed “the instigator of all three leaks to the press”, and also found him guilty of failing to record his advice; of giving wrong advice about ENRC’s potential criminal liability and the risk of raids by the SFO; and of the “unnecessary expansion of the investigation”.

Gerrard “was so obsessed with making money from his work that he lost any real sense of objectivity, proportion or indeed loyalty to his client,” the High Court’s presiding judge, Justice Waksman said in his review of Gerrard’s evidence.

“I have little doubt that Mr Gerrard had a large ego and a belief that he is always right and  expected others to follow him implicitly,” the Justice added.

The expanded investigation provided Dechert with an enormous amount of fee-generating work.

Gerrard’s practice was built on his purported promise to his firm that he would build a £12 million practice, according to the judgment, and propelled by his motivation to “kick-start more substantial work for ENRC by increasing the prospect that the SFO would become involved”.

Separate to the judgment, two people with knowledge of the case said the mandate grew to involve many other partners, fee-earners and support staff. One said it grew to become “the biggest job for Dechert worldwide”.

Dechert declined to comment on this point and on the whole article.

While Gerrard has continually denied the allegations made against him, Dechert itself admitted to a “reckless” “breach of contract and/or negligence and/or breach of fiduciary duty”.

But a case doesn’t just end with the judgment, especially a decade-long one.

Aside from the possibility of an appeal, which one lawyer said was “inevitable”, the court has yet to determine causation and loss, which it said could be dealt with in a subsequent judgment or trial “if necessary”.

Even so, the potential costs for Dechert, from a financial, reputational, regulatory and systemic standpoint, could be substantial, even for a firm that generated $1.3 billion this year.

In defending its case, Dechert has already racked up costs of approximately £38 million. According to one person, costs incurred by the counsel for the claimant, Hogan Lovells, are of a similar scale.

Including damages, Dechert could be facing a total bill in “the hundreds of millions”, one of the people estimated. The total amount would include the indirect costs of the case and the investigation, legal fees incurred during Dechert’s internal investigation, and further costs around financing and borrowing.

Law firms are required to carry minimum amounts of professional indemnity insurance and have other safeguards in place. A law firm like Dechert will likely have “more than the minimal amounts required,” according to an insurance broker knowledgeable about law firm professional indemnity and litigation insurance. This would include primary cover as well as additional top-up cover.

One market observer added the firm is likely to have the insurance in place to cover any eventuality.

There could be one caveat though: although normally insurers apply very few exclusions, the terms of coverage typically include an exclusion for “dishonesty”. Usually, the broker said, this affects solo operators rather than partnerships, where not everyone would necessarily be involved in the alleged act of dishonesty.

In Dechert’s case, if such a ‘dishonesty exclusion’ does apply, the firm could avoid it by showing that Gerrard acted alone, a second insurance broker said. That way, other members of the partnership could still make the insurance claim.

Though the firm had stood by Gerrard through thick and thin while the case was being heard, there has been an abrupt change in its tone following the ruling.

Gerrard is a former member of Dechert’s management body and up until earlier this month, his profile was still available to view on the Dechert website, despite the fact that the firm’s former white collar head has been retired for nearly two years.

Yet, as per its latest statement, Dechert seems to suggesting Gerrard was the sole wrongdoer here, saying in its statement that his conduct “is completely at odds” with the firm, its culture and values.

Gerrard’s statement said he was “sure of the appropriateness of my actions, of my advice in relation to my former client and of my personal and professional integrity”.

This topic is likely to come into sharper focus. One person with knowledge of the matter noted that the case isn’t about just one rogue individual and that not only is Dechert a defendant in the case, but several others helped run the investigation with Gerrard.

Dechert declined to comment on this, but one question the firm may have to face is whether it is possible that none of its other partners were aware of how the case was being handled or of Gerrard’s tactics.

Indeed, the judgment includes a note exchanged between two senior Dechert partners in 2010, ahead of Gerrard’s recruitment, in which one says to another “If you had asked me…at the time whether the advice Neil’s team was giving was unduly negative and to an extent scaremongering in order to increase DLA’s fees the answer would have been a resounding yes.”

This could be pivotal. If proven at the causation/loss stage, this could affect its ability to make a claim on the insurance, one of the brokers said. They did add, however, that much turns on the terms of Dechert’s cover.

There is also a threat of regulatory action. A spokesperson for the Solicitors Regulation Authority said: “We are reviewing the judgment before deciding on any next steps.”

At the very least, the ruling alone has some in the U.K. legal community questioning whether clients will be hesitant to trust Dechert following the revelations.

“It’s hard to think of anything worse for an international law firm,” said one person with knowledge of the case, “than a very deliberate betrayal of a client’s interests”. 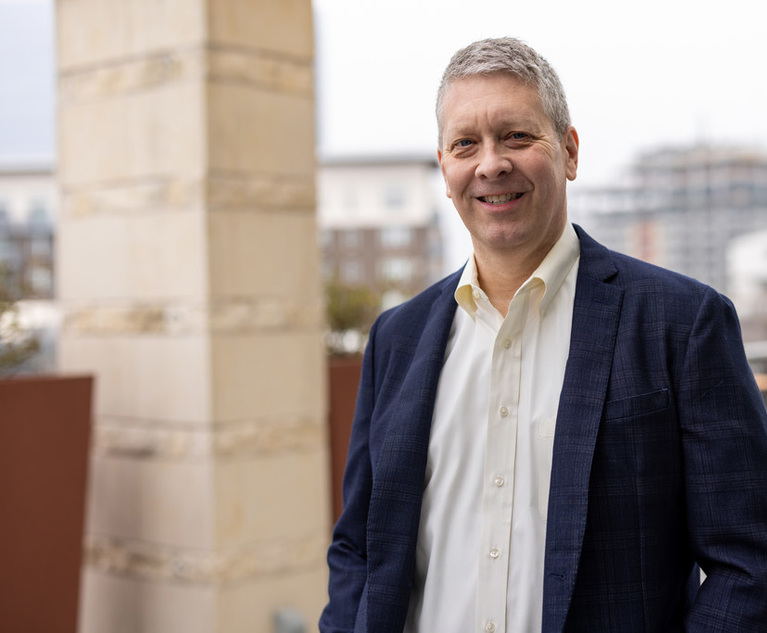 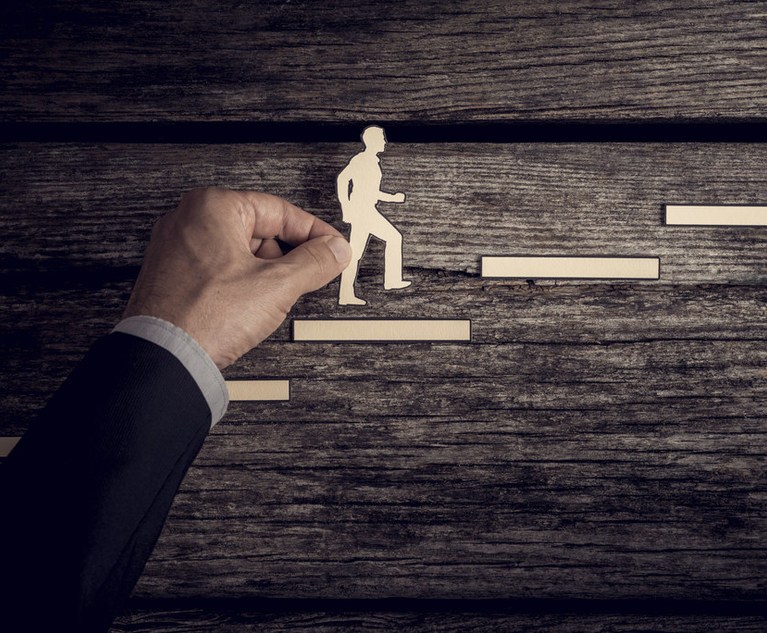