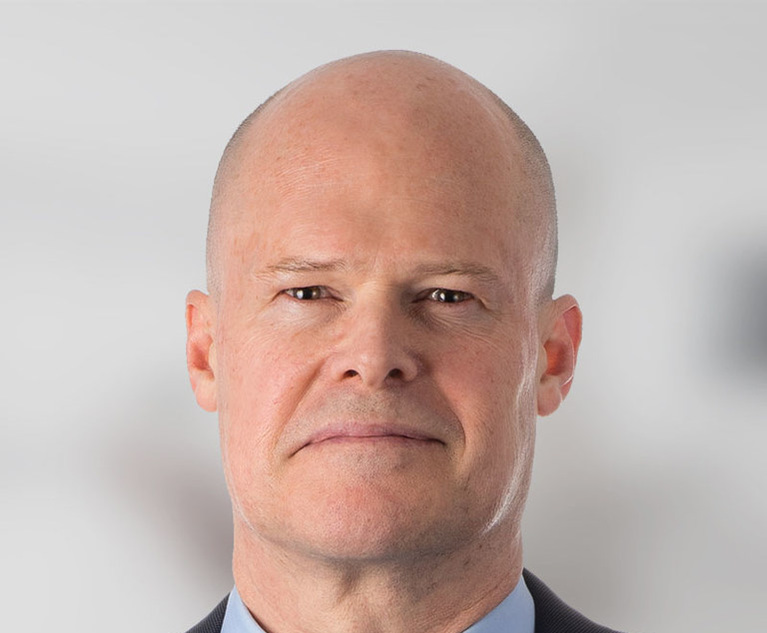 In the early nineties, he joined Clifford Chance and was promoted to partner in 1999. From 2013, he led the litigation and dispute resolution practice across Asia Pacific from Hong Kong,  before returning to the London office in January 2017. He took up the global head of litigation & dispute resolution role later that year.

Why did you become a lawyer?

I liked watching law programs on television, and I always preferred languages, writing, reasoning analysis etc. So I thought that I would make a better lawyer than a doctor or a banker. It’s really as unsophisticated and sad as that. I’ve just been really incredibly lucky that I’ve loved it for 35 years. But that was luck rather than judgment, I’m afraid…

Who’s been the biggest influence on your career?

If I had to pick one individual, there was my very first mentor when I started as a litigator. He taught me the really basic litigation tool kit: the power of preparation, the need to absorb all detail but at the same time keep a bigger picture in mind… also just how far in business, and in life, fairness and decency as a human being will get you.

He was a brilliant lawyer, so fantastic in small things, like signposting in a presentation to a court, or to an audience or in a letter where you want people to go.

Sadly, he died of leukemia while I was working with him in those early years. He was still in his thirties. And I remember I still have this very clear image of the last time I saw him, which was him lying on his deathbed, holding his hand, having a chat with him and crying all the way back to the office.

That experience left a bit of an impression on me, to see that everything could be taken away at that age. So he was probably the single biggest influence over time, but there have been many. He left a marked impression on me, and I’ve strived to follow that.

Why did you choose litigation ?

The firm I was at in New Zealand didn’t have a formal training contract the way we do in the U.K. But they did have a rotational system. I got to the end of my second rotation, which was in corporate, and I thought, “Wow, I absolutely love this”.  And the crew liked me and wanted me to stay, but the firm said no. So I go off and try litigation and 35 years later, I am still loving it. I often wonder what my career and life would have been like if I decided I was going to be an M&A guy forever and had been allowed to do that—definitely one of those sliding door moments.

What’s the most memorable case you’ve worked on and why?

I was a very new partner and it was the biggest ongoing case at [Clifford Chance] at the time. It was in relation to the copper trading scandal in the nineties/early noughties. It was on a massive scale, lots of high stakes; hugely complex from a legal perspective; a colorful market with lots of colorful characters… We had no-show witnesses, non cooperating witnesses… a bunch of interesting procedural issues along the way. It really did have everything and, ultimately, we got a really good outcome for the client.

What is your proudest professional moment?

The one that stands out for me was way back at the beginning when I was still a baby lawyer. I was asked to take on this case for one of the firm’s important banking clients, and it was a three day high court trial. I’d be flying down to the very bottom of New Zealand, which is basically the bottom of the universe, to do this case before a guy regarded as the grumpiest judge in New Zealand and against quite severe opposing counsel. It was complex, it was difficult but I won it against the odds. I don’t quite know how I did it, but managed it. The epilogue to this comes about 20 years later, when I was dealing with another matter, and that case that little old me had done in the deep south of New Zealand, was cited as one of the authorities.

…And the worst day?

Day one of that [copper] case, I’m walking from court with the chairman of the clients through Lincoln’s Inn Fields around lunchtime. We’re talking about the case, talking about structured commodity derivatives, very highbrow stuff—when we walk within about six feet of one person performing a sexual act on another person. It was the most bizarre moment because neither of us acknowledged it, we just kept on talking about copper derivatives. It was excruciating—a moment of studied nonchalance. Neither of us have ever spoke of it. I think we had a sort of tacit pact.

What advice would you give to young litigators starting out?

When I look back at my own career, the moments when I’ve developed the most have been when I’ve been forced out of or volunteered out of my comfort zone.

When I was asked to go out to Hong Kong to rebuild the practice there when we lost two leading partners in the middle of the early noughties, or when I put myself forward for the role of global leader, for example. All these moments have two important features: one is that they scared the hell out of me. But the second was that they gave me that extra little bit of confidence. They allowed me to move on to the next stage, because they allowed me to develop. I think that’s a good lesson for everyone. You don’t develop when you’re cruising, or doing things that feel easy and straightforward. It’s when you’re really stretched and have to raise your game.

Some people might disagree with me about this, but I like this best about myself: I’m straightforward. I haven’t got the patience or the smarts to do politics… I’m willing to have difficult, straightforward discussions with people. In some ways that might be my worst trait as well.  According to my family, one of my worst traits is my upside down smile as exhibited in this photo. (I promise I’m smiling on the inside.)

What annoys you most about the legal profession?

There is a style of behavior that I find very trying. It’s this habit that if you can use a ten letter word instead of a five or four letter word, it’s somehow cleverer or more persuasive. In my view, the opposite is true.

If you’re stuck late working in the office, what food are you ordering?

It would be this dish called Nasi Lemak, which is a Malay dish, meaning coconut rice. It’s a breakfast dish and I was practically weaned onto it when I was growing up in Malaysia. It’s my absolute desert island food. Fabulous stuff.

Favourite boxset? There’s an Australian program called Rake from about five or six years ago, which is about this very charismatic but incredibly chaotic Australian barrister who seems to get himself into  unthinkable scrapes.

If you could instantly change one thing about the industry, what would it be?

To make partnerships and senior leadership within firms more reflective of the societies in which we operate. If one could just wave a magic wand and do that overnight, that would be a huge victory. I look back at the time I’ve been in the profession and we’ve been talking about the same issues ever since I began. We’ve made some progress, but it’s been agonizingly slow… But I do think we’re at an inflection point now. 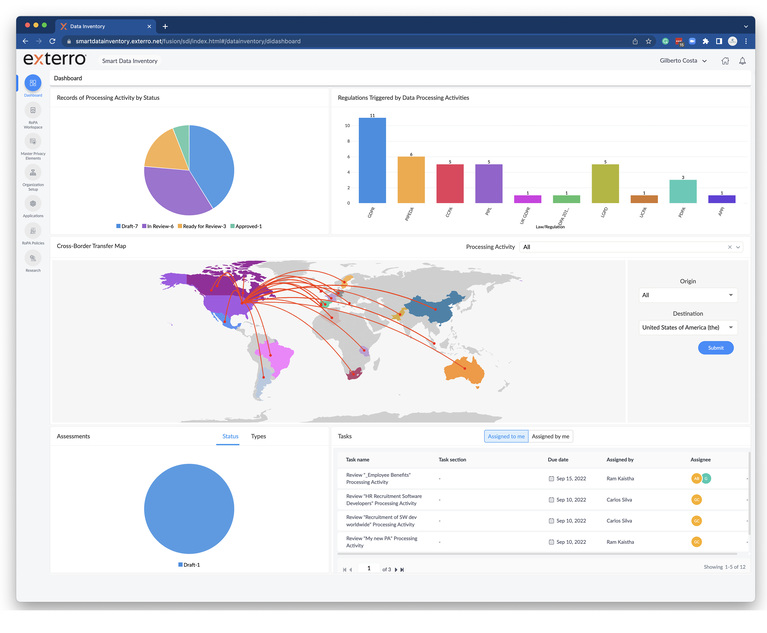 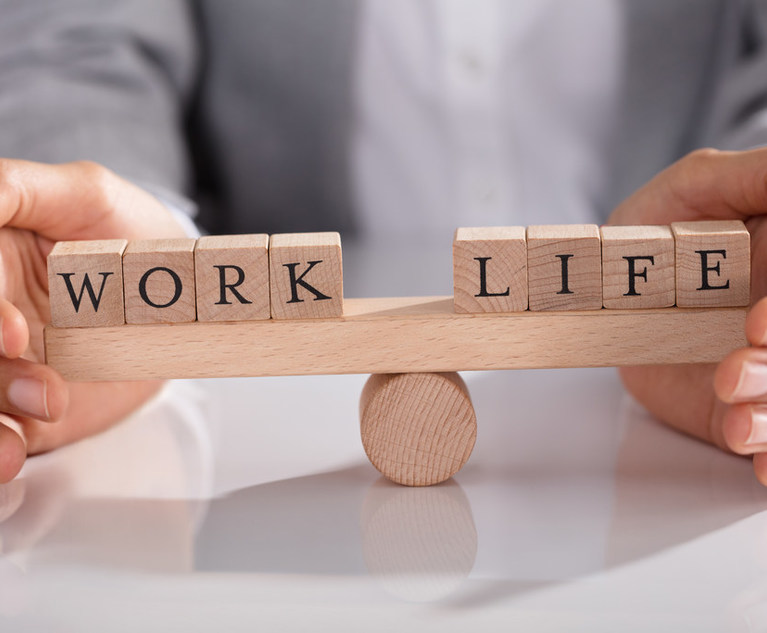