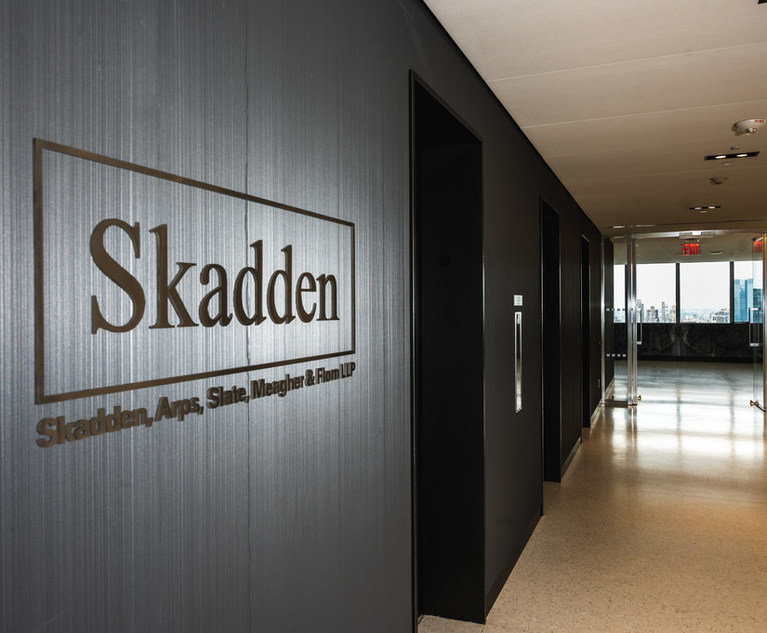 Over the past three years, Julie Gao, head of Skadden Arps Slate Meagher & Flom’s China practice and an iconic figure in the U.S. listings practice in Asia, has advised on 27 successful multimillion-dollar U.S. initial public offerings (IPO) of Chinese companies.

To put that into context, 102 Chinese companies have listed in New York since 2019. And Gao took a quarter of that market share. Her 27 deals hold a total listing value of $18.5 billion, almost double the $10.1 billion raised by the other 74 issuers combined.

Five of Gao’s deals listed for more than $1 billion, and another five broke the $500 million mark. The majority of her transactions raised more than $200 million.

For the deals that Gao didn’t handle, only two broke the billion-dollar valuation and only three out of the 74 raised $500 million or more. More than half of those listed companies were valued at less than $50 million.

On Tuesday, April 26, Skadden hosted a client webinar centered around the news of Gao’s departure from the firm. Her clients’ reverence for her was evident, as over 500 attendees joined the virtual farewell. During the webinar, Gao explained that her ambitions while at Skadden have all been fulfilled and that it was time for a change and a challenge.

Gao will soon join ByteDance, the Chinese owner of popular social media platform TikTok, as chief financial officer. She has been advising ByteDance since 2016.

There are other Asia partners at Skadden who also advise on U.S. listings for Chinese companies. They include Hong Kong-based Shu Du and Shanghai-based Li Haiping, both of whom were Gao’s underlings before making partner. And they worked with Gao for more than 13 years. Another partner, Wu Yuting, is now in New York, having previously been based in Shanghai for over a decade. He joined Skadden from Sullivan & Cromwell 12 years ago and made partner last year.

Skadden advised on one other U.S. listing of a Chinese company—the only deal on which Li, instead of Gao, was listed as lead partner. This was for the online insurance platform Huize Holdings, which raised $55 million in New York in 2020.

“They do have a deep bench of execution partners who have a lot of battle-hardened experience in running deals,” said one senior partner at one of Skadden’s key competitor firms in the U.S. listings space. What they lack, though, is the book and business-building experience and capacity, which is critical to filling the huge gap that Gao’s departure will create.

Another partner at a technology-focused firm agreed that the remaining partners have strong deal execution experience but added these partners will soon have their business development and rainmaking skills tested.

“I think other law firms will see this as an opportunity—a time to approach TMT companies so that they can maybe get a share of those deals,” she said.

With Gao at the helm, Skadden has for many years swept the market for Chinese company listings in the U.S. She is widely recognized as the go-to lawyer for the most high-value, high-profile and complex Chinese listing deals. Her counterparts say she’s built a brand for herself, one that is arguably as strong as the Skadden brand itself.

Gao is widely known as being charismatic and extremely hardworking, available to clients 24 hours a day.

She competes with a small group of American firms, including Kirkland & Ellis, Simpson Thacher & Bartlett, Latham & Watkins, Davis Polk & Wardwell and Cleary Gottlieb Steen & Hamilton. With the more recent rise of the technology sector, firms including Wilson, Sonsini, Goodrich & Rosati and Cooley have also managed to gain some traction. These were the firms that were most frequently listed as legal advisors to the 74 other Chinese listings in the U.S.

“I think the market obviously within the last few years has been so consolidated, so concentrated in the hands of a few firms. It’s not natural and it’s bound to be decentralized,” said one partner at a rival firm. “But now with Julie leaving private practice, I think there’ll be more opportunities for various firms.”

Gao’s prowess in rainmaking, bringing in new clients and business, means she has few direct competitors. Senior partners like Kirkland’s David Zhang and Davis Polk’s Li He have been named as two of her strongest rivals.

But her value has not just been in IPO work. The clients she has brought to Skadden have stayed with the firm, and they’ve fed subsequent work beyond their U.S. listings—debt issuances, M&A, regulatory issues and litigation—through the rest of the firm’s practices.

“Someone with her gravitas or vintage casts a long shadow that’s probably going to gradually fade now,” said the partner at the rival firm. “But I don’t think it’s going to fade overnight.”

In the short term at least, most lawyers suggest that Gao’s departure will not impact Skadden much, given the sagging market for Chinese listings in the U.S.

That market has been volatile in part because of China’s move last year to investigate foreign-listed companies for data security issues, which caused Didi Global to announce plans to delist from American bourses and consider raising capital in Hong Kong instead. Gao was Didi’s legal advisor and its IPO last year raised $4.4 billion—her largest deal in three years.

One U.S. partner suggested that Gao’s departure from U.S. listings work and private practice is cause for concern—an indication that even she is lacking confidence in the market rebounding.

Even though China has demonstrated a level of compromise by recently issuing new rules that allow foreign auditing of U.S.-listed Chinese companies, it is still unclear how that’s being received by regulators in the U.S.

So far, the U.S. has already threatened to delist some of China’s largest companies, as they have failed to provide unfettered access to their financial documents.

“The biggest challenge I actually think is the denominator—how many companies are going to go public in the United States, given all the headwinds that they face,” said one Hong Kong-based capital markets partner at a Wall Street firm. “Whether it’s in terms of geopolitics, the investor interest, or whether it’s all these other technical issues.”

Earlier this year, Skadden’s executive partner, Eric Friedman, told Law.com International that its Asia practice has seen a significant shift in 2021 in the type of work it does because of the U.S.-China relationship. ”The dynamic is shifting to the Hong Kong market,” Friedman said in an interview at the time. “We handled all four secondary listings by Chinese companies pivoting from the U.S. to Hong Kong last year. The work was flowing in one direction. It moved quite suddenly in another direction but we were able to move with it and really represent our clients in taking advantage of those shifts.”

Gao’s new professional home, ByteDance, has been gunning for an IPO either in the U.S. or in Hong Kong for some time now.

The Beijing-based company, last valued at $180 billion in a funding round in December 2020, put on hold its intentions to list offshore last year after the Chinese government told the company to focus on dealing with data-security risks.

If ByteDance were to ultimately list in Hong Kong, that would bode well for Skadden’s Hong Kong partners, Paloma Wang and Kai Sun, both of whom focus on Hong Kong listings work. Wang has advised on several secondary Hong Kong offerings for clients that have already listed in the U.S., advised by Gao. To be sure, Wang, in particular, has also been noted by competitors as a strong business developer. She has advised on over 30 Hong Kong IPOs since she joined Skadden from Shearman & Sterling in 2018.

Some lawyers say that Gao has again left a strong foundation for Skadden, having advised on numerous U.S. IPOs for clients who are now returning and considering secondary listings in Hong Kong.

But the ability to keep up the volume of work for Hong Kong listings is crucial, as work in the region is not only much less lucrative than in the U.S. but also a lot more competitive.

“Gao’s departure is a massive hit for Skadden. But whether they are going to hire a new partner? It really depends on their Asia strategy,” one partner speculated.  “Julie has left them a big book of business. If they want to just keep this book and not expand beyond that, then I think they can still somewhat rally this market.”

Skadden has been contacted. 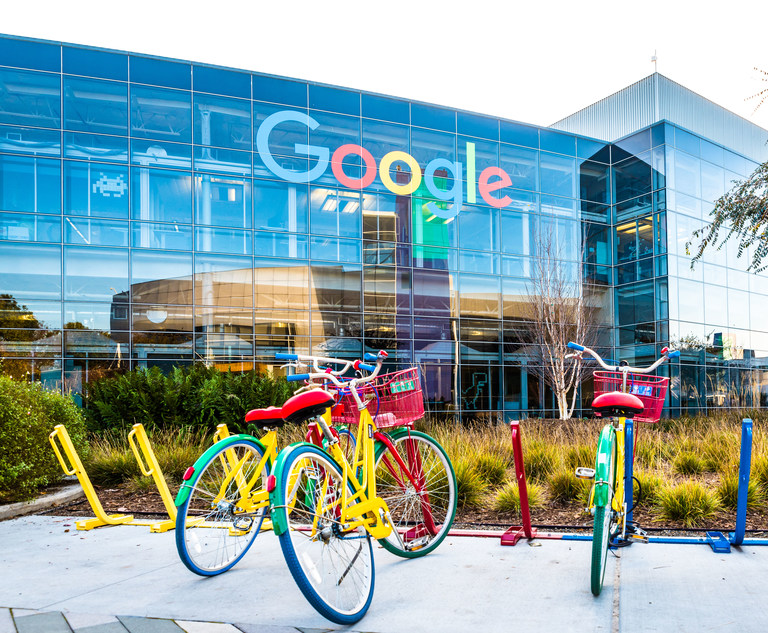 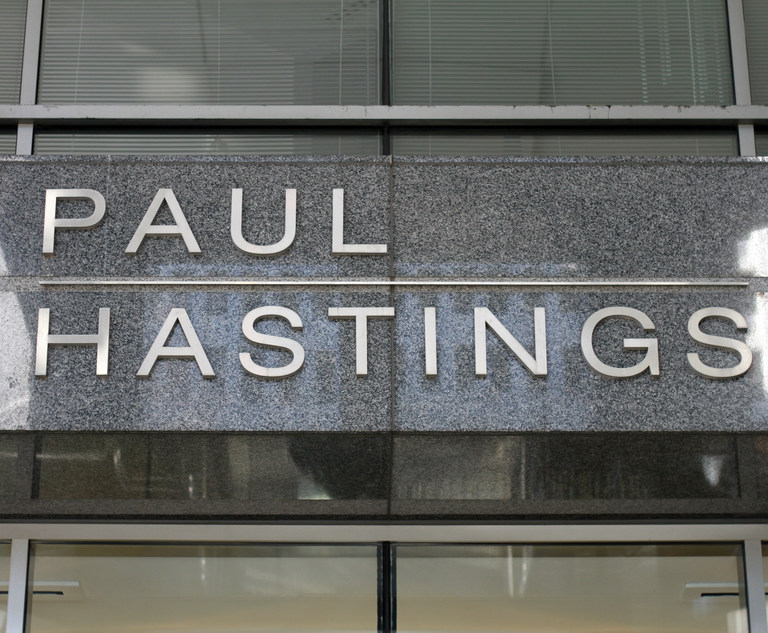