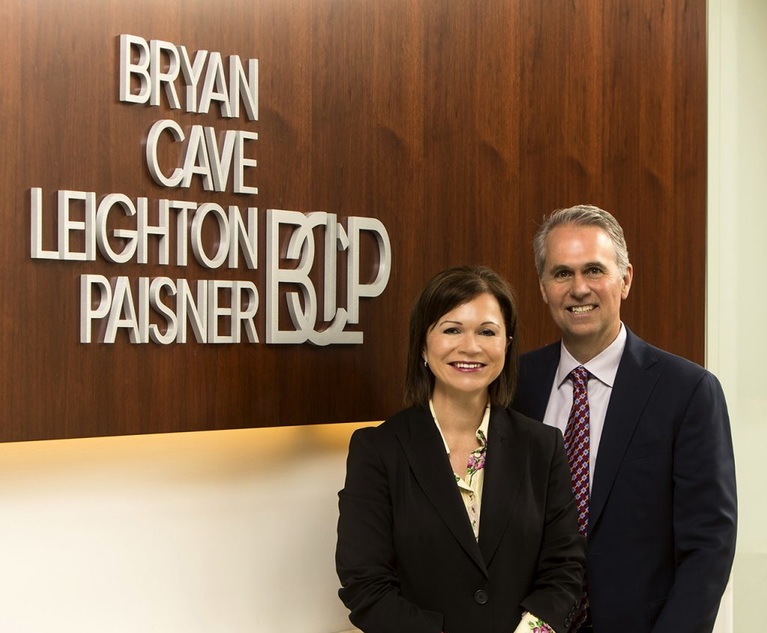 Inflation, economic slowdown, stiff competition for work and talent, changing expectations of clients and lawyers: Is this the time for another full-service international law firm to make waves in the European market?

Bryan Cave Leighton Paisner has more than tripled its lawyer head count in Paris since 2020 with team and partner hires from rivals like White & Case, Allen & Overy, Brown Rudnick, CMS and EY. In Germany it also has expanded, bringing its head count there to 60.

And the growth continues. Firm co-chairs Lisa Mayhew and Steve Baumer have said they are committed to further growth in Germany. And the rapid expansion in Paris prompted a move to a larger space this year—one that could accommodate not only recent hires but the many individual lawyers and teams still to come.

The firm just added a two-person real estate team from the French firm De Pardieu Brocas Maffei to develop an urban planning practice, bringing the Paris office to 72 lawyers, including 19 partners. Two lateral partner hires are in the pipeline for later this fall—one in M&A and one in international arbitration, according to Olivier Mesmin and Constantin Achillas, co-managing partners of BCLP Paris. If history is any guide, they probably won’t come alone.

“I would not be surprised if we would be 100 lawyers in two, three years’ time,” Achillas said.

By pursuing aggressive growth in France and Germany, the largest and most important legal markets on the continent,  BCLP is aiming to become a full-service firm in Europe, providing an international platform for local clients and a local platform for international ones.

The firm has been picking off teams to establish itself in rock-star practices like M&A, white-collar investigations, and litigation—placing BCLP in direct competition not only with Top 50 international firms but also with well-established local firms like Bredin Prat in France and Hengeler Mueller in Germany.

Solid financial performance last year is helping to underpin the European push. BCLP’s global net income rose 9.8% on a 2.1% increase in revenue. And Europe is starting to pay back.

“Business is now coming to Paris that wouldn’t have come a few years ago,” when BCLP’s office was “probably perceived by big corporates as too small to give us the work,” Achillas said. “Now, we have reached a size where we are definitely a factor, and we are seeing that in the flow of work.”

The Merger and the Path to Paris

Back in 2018, when U.K.-based Berwin Leighton Paisner merged with U.S.-headquartered Bryan Cave, creating a 1,200-lawyer, fully integrated trans-Atlantic firm, few outside the firm thought the newly named Bryan Cave Leighton Paisner would make Europe a focus for its global ambitions.

“Of all the trans-Atlantic mergers, BCLP made the least sense at the time,” a partner at an international recruiting firm told Law.com International.

Berwin Leighton Paisner was seen as a real estate firm that dabbled in other things with some success, the recruiter said, noting “it had pockets of excellence in structured finance, usually real-estate connected, and a good U.K. corporate practice.

“But it was difficult to figure out what Bryan Cave was doing in Europe,” the recruiter continued, adding that it was strong in finance and banking but not very internationally minded.

Bryan Cave did have a European presence, including offices in Hamburg, Frankfurt, London and Paris. But it was relatively small. European expansion was actually a driving force for the merger, according to Mayhew, who was managing partner of the U.K. firm at the time.

Berwin Leighton Paisner “didn’t just want this to be a real estate sector boutique,” she said. In addition to London, it had offices in Asia, the Middle East, Germany, and Moscow but nothing in Paris. And that was particularly limiting for the firm’s transactional capabilities with clients who were looking to do pan-European deals.

“That triangle of major capital markets in Europe—France, Germany and the U.K.—was really where our clients were most needing us to have capabilities on the ground,” she said.

To be sure, since Brexit, international firms of various sizes have opened or expanded offices on the continent to build up their European presence in addition to, and independent of, their London bases. Beneficiaries have been Paris, a center of M&A and private equity, and the major German business cities of Frankfurt, Düsseldorf, Berlin and Munich.

Despite the competition, BCLP has continued its push. Once it identifies practice areas it wants to build out—M&A and litigation in Paris, for example, or employment in Germany—it seeks out partners or teams who want in on what it considers its “entrepreneurial mindset.” It then deploys partners in those practice groups, not just from those offices but from various locations, stressing the importance the firm places on teamwork across offices and countries, Mayhew said.

Paris was an early test of that expansion strategy and has since become a template and a tool: When BCLP was in talks with four partners from DLA Piper to join in Frankfurt, the Paris partners joined the discussions, describing how their team was built and how the integration was working. The DLA partners—in real estate, finance, and restructuring—joined in June.

“The Paris partners were part of the recruitment,” Mayhew said. “We’ve been able to weaponize it for other teams to join us.”

Targeting teams and touting integration may be the smart play, especially in a competitive market like Paris, partners at other international firms say.

“If you want to expand in Paris, you need to make sure that one plus one equals more than two —that whoever you bring on is fully aligned with your firm, or eventually they will just go away,” a managing partner at an international firm said.

Bringing on a team is also a way to cope with “a very difficult associate market” in Paris, another partner said. “Younger lawyers want something different, especially in work-life balance, and money alone won’t fix the problem. If you hire a team, you get associates, and that can be as important as getting partners.”

It has not been all smooth sailing, however—either in recruitment or business development.

“Paris, in particular, is a very sophisticated market, with deals being done at the highest level, and many industrial clients deeply tied” to their firms, said Nick Carrad, managing director of the partner practice group and lead consultant on Paris at Major, Lindsey & Africa.

The Paris market has also seen a spate of boutique openings in the past two years, especially in private equity, that “are a challenge to the international full-service firm model,” according to one Paris managing partner.

“Clients, especially financial clients, are now tending to split up work among several firms, even within the same deal, rather than go to one firm for all their needs,” the partner said. “The challenge to an international firm expanding in Paris is to find the right mix: what you offer, what you outsource, and what makes sense for clients.”

BCLP has also had to contend with competition for talent from other international firms. In January 2021, for example, the Paris office lost 18 lawyers, including its managing partner, who left to form Addleshaw Goddard’s Paris office. Addleshaws has since implemented a growth strategy of its own, expanding in Paris and Germany and opening in Luxembourg.

Although BCLP says the parting in Paris was amicable, it was nonetheless difficult to digest—especially coming in the midst of the COVID-19 pandemic.

“You’re never too surprised that when you have massive growth, it is statistically almost impossible to convince 100% of people on the ground,” Achillas said.

“The beginning of 2021 was tough,” he continued. “You see people packing and leaving, you’re in the middle of COVID—you feel unsettled.”

“When you are delivered adversity, you have to move forward. We didn’t have time to look at ourselves and say, ‘Oh, my God, it’s complicated.’ Each day there was a little improvement. And, looking back, at least, it was exciting.”

The pandemic set BCLP back a few years in its mission to make sure the European teams got to know the rest of the firm—and each other. But firm leadership is working on it.

The Paris partners visited the London office en masse earlier this year for two days of introductions, work meetings, and “wining and dining,” said Mesmin, who organized the trip with London managing partner Segun Osuntokun. A similar road trip to London is planned for the German offices sometime soon.

The global economy, meanwhile, is showing signs of strain, and law firms may face a slowdown in work. But BCLP is optimistic that the work in Paris and elsewhere in Europe will keep coming, and it plans to continue on its growth trajectory.

“The key is to be able to attract talented people,” said Mesmin, citing the White & Case litigation and investigations team hire in 2022 as an example. “The brand BCLP was not particularly well know in the French market in 2020. And now we see that there is more attention because of the growth story.” 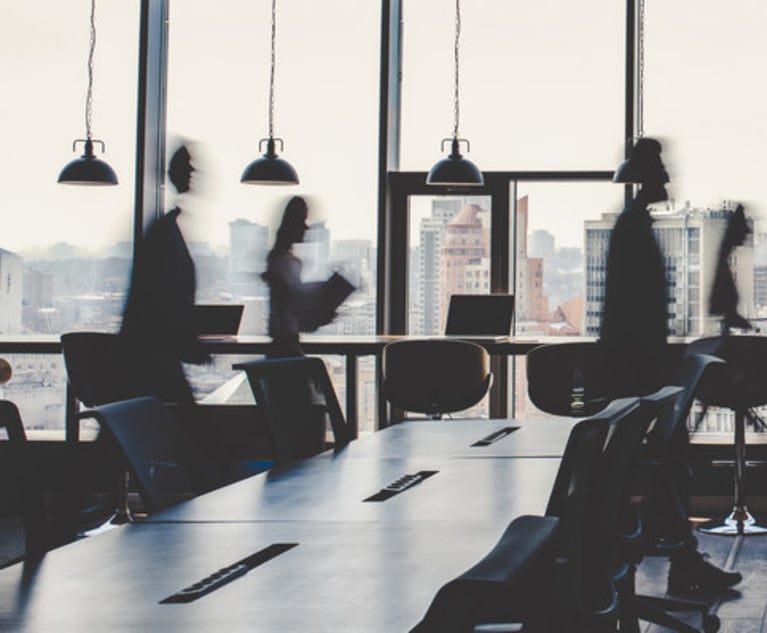 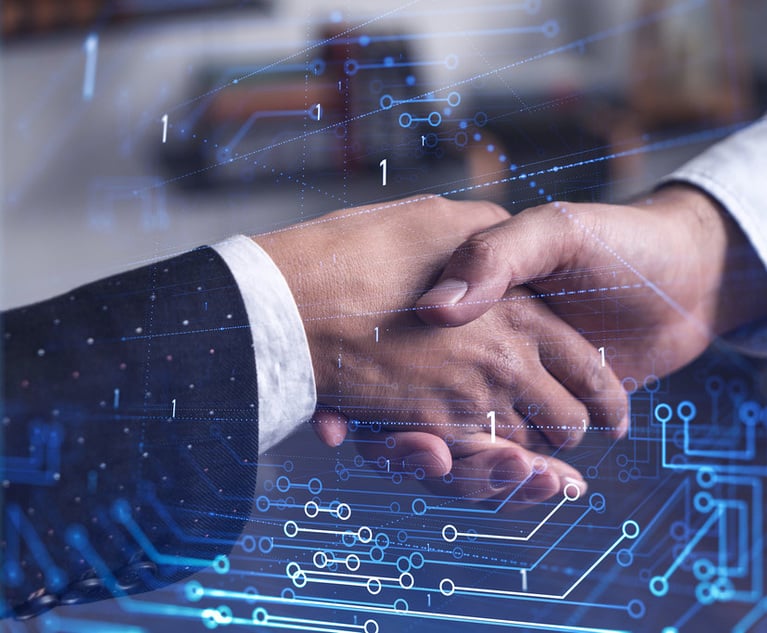